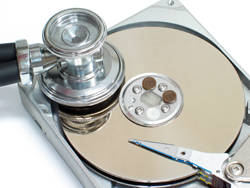 Computer Consultants, LLC provides the fastest, and most affordable data recovery and repair around. Our certified technicians will attempt to recover your data from your troubled drive. Technicians will attempt to restore your lost files to a CD, DVD, or additional hard drive. Data loss can be devastating, and timing is crucial if you have any chances of recovering your data.

The most common “data recovery” scenario involves an operating system (OS) failure (typically on a single-disk, single-partition, single-OS system), in which case the goal is simply to copy all wanted files to another disk. This can be easily accomplished with a Live CD, most of which provide a means to mount the system drive and backup disks or removable media, and to move the files from the system disk to the backup media with a file manager or optical disc authoring software. Such cases can often be mitigated by disk partitioning and consistently storing valuable data files (or copies of them) on a different partition from the replaceable OS system files. 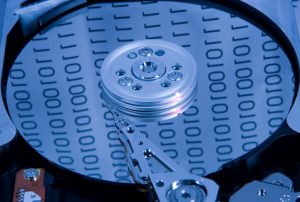 Another scenario involves a disk-level failure, such as a compromised file system or disk partition or a hard disk failure. In any of these cases, the data cannot be easily read. Depending on the situation, solutions involve repairing the file system, partition table or master boot record, or hard disk recovery techniques ranging from software-based recovery of corrupted data to hardware replacement on a physically damaged disk. If hard disk recovery is necessary, the disk itself has typically failed permanently, and the focus is rather on a one-time recovery, salvaging whatever data can be read.

In a third scenario, files have been “deleted” from a storage medium. Typically, deleted files are not erased immediately; instead, references to them in the directory structure are removed, and the space they occupy is made available for later overwriting. In the meantime, the original file may be restored. Although there is some confusion over the term, “data recovery” may also be used in the context of forensic applications or espionage

Get in touch with us

Please use the form below to describe your IT project, or your computer problems. One of our technicians will contact you promptly.